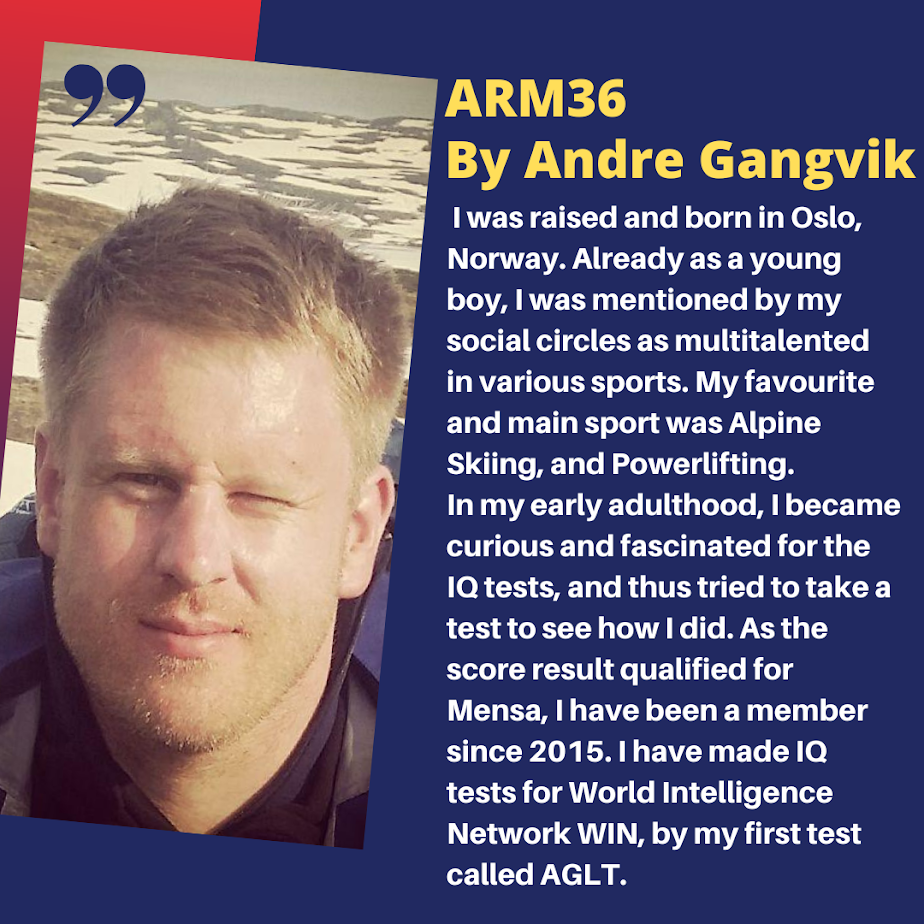 I was raised and born in Oslo, Norway. Already as a young boy, I was mentioned by my social circles to be multitalented in various sports by the many kinds of events I attended. My favorite and main sport was Alpine Skiing, followed by Powerlifting. In my early adulthood, I became curious and fascinated by the IQ tests, and thus tried to take a test to see how I did. As the score result qualified for Mensa, I have been a member since 2015. Memberships in other High IQ Societies, ranked by rarity percentiles:
Mensa- 98
Intertel- 99
CivIQ- 99.9
Triple Nine Society- 99.9
HelliQ- 99.997 (Subscriber)
GIFTED HIGH IQ Network and GENIUS HIGH IQ Network
My best IQ test score results, proctored, sd15:
FRT 135 99%, 1/100
Ravens 2 160 99.997%, 1/31500
My interests: Studying Have made IQ tests for World Intelligence Network WIN, by my first test called AGLT. I suffer from a neurobiological disorder, called Tourettes Syndrom, where I got complex tics, since I was 9 years old.

About the Test: How to attempt the test? About the Certificate: Testimonials:

The test, I think is quite good with this 2x2 Matrices analogies its something new. I liked it and it was fun.